In the first of a series of interviews I talk to professional triathlete, Sam Mileham. Sam is a former GB Age Grouper, who won the European U20 title in 2017. He has since switched to racing for Australia (His Mum is from Oz, so he is forgiven); he took the giant step to move to Perth last year to train full-time and race on the professional circuit, which includes the Continental Cup. In this interview Sam talks about a range of subjects from including our time working together and the challenges he faces as a young professional racing abroad. 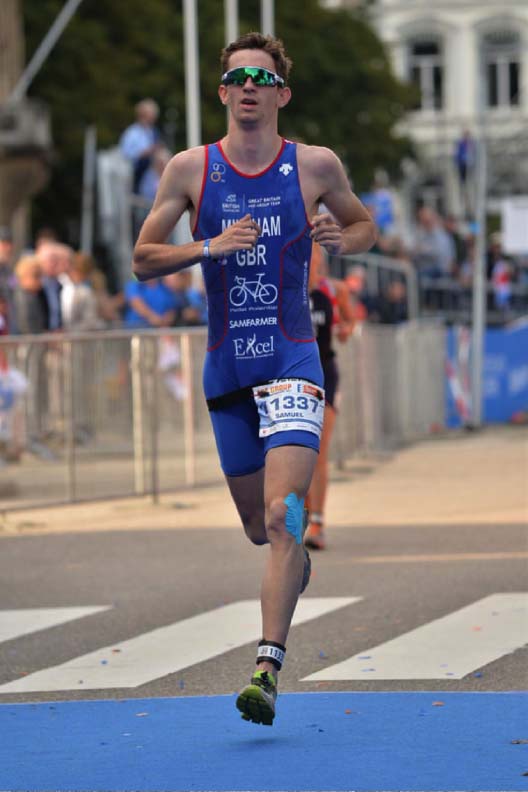 Max Curle: How did you first get into Triathlon?

Sam MIleham: I have to give credit to my parents for getting me into it. When I was 9 I did my first race and as any 9 year old I did it for fun along side other sports I played such as football, hockey, swimming. I was never winning anything, in fact most of the time I was nearer the back but I enjoyed it and that was the main thing. When I was 14 or 15 I started to train properly and raced for the first time as an ‘Elite Youth’. From then on I was more determined to try and make it closer to the front and race more competitively. Soon after I was introduced to Ray Gibbs (www.swimcanarywharf.com) as my swimming technique needed fixing which lead me to you (Max) as you worked with Ray in Canary Wharf. I was pretty lean and the need to build up more strength was becoming obvious to be able to compete at a high level.

MC: Could you explain how your triathlon career has changed in the last 12-18months?

SM: It’s been huge. I made a big decision about a year ago to take a gap year and pursue triathlon full time…in Australia. I also decided to stop racing for Great Britain and race for Australia (controversial I know). But I haven’t looked back. Australia gave me the opportunity to race professionally on the international scene so I grabbed it with both hands and have raced Continental Cups in Australia, Thailand, The Netherlands, Kazakhstan and Kyrgyzstan. The progress has also been huge. My first cup race in Australia I was towards the back in the swim and in the 4th bike pack. 6 months later I raced in Kyrgyzstan and Kazakhstan and both times I was in the chase pack, narrowly missing both front packs. I couldn’t have asked for a bigger improvement.

MC: What has been the single biggest difference racing in Australia compared to the UK, apart from the weather?

SM: There are a lot of differences if I’m totally honest but I would say one of the biggest differences is the quality of athletes, even at local events. I live in Perth, which is pretty small, but at almost every race in Perth there will be a small group of professional athletes racing whether that’s for some prize money or using it as training. But at a National Series race you can get multiple Olympians lining up alongside you. Other things include cost of races; they are much cheaper, quality of races….

SM: They are better organized, for example they are always on closed roads, and there is usually a decent amount of prize money up for grabs.

MC: As a triathlete, what do you believe to be your strengths and your weaknesses? Which discipline has taken the most work to improve?

SM: This is a tough question. I’ll start with my weakness because that has always been the swim and I took 2 maybe 3 years to fix my technique and bring my swim time down. My first 750m swim I ever did I completed in 11:30 and now I’ve got it down to the low 9’s. 9:12 was my most recent and with this work I would still say it’s the weakest because it can drop off quickly if I stop swimming but I’m no longer playing catch up on the bike and run.

I’ve always been a strong runner and that’s my strong point for sure, I always look forward to the run. As for cycling, it’s always been in the middle but I can certainly say cycling in Perth makes you strong; there are some amazing training rides that will improve your cycling a lot.

MC: How do you feel the addition of a Strength & Conditioning program aided your performance?

SM: S&C I feel takes me time to come into effect. I think it takes a little longer to see the benefits and that may be why people don’t like it as much, plus its harder to measure, there’s no KPH or Mins/KM…. I needed to build some more muscle mass to be more competitive over the short sprint races. The last two years I’ve definitely seen myself become more competitive and especially I swimming, I have more power in my stroke for sure.

MC: Do you think your body has changed over the years since you took S&C more seriously?

SM: 100%. Just look at a serious of photos over the years you can see I’ve built up muscle mass especially in my upper body. But in general I think ask anyone who’s known me for a while and I’m sure they will tell you how much I’ve changed. I’ve gained the right muscle mass in the right way and dong the right things thanks to you. Continuing on you thought me, now I am in Australia is key to being successful.

MC: Triathlon is a sport in which body shape and body weight can play an important role in performance, have you ever witnessed any less desirable ways of athletes trying to loose weight or change their bodies?

Personally no, I haven’t come across anyone that has attempted to deliberately loose weight, especially in an unhealthy way. I think it is very important to maintain a healthy bodyweight and diet to maintain a good level of performance.

MC: Or gain an unfair advantage? For example drafting, on course coaching, or even banned substances?

SM: Yes, for this I have witnessed a few. A few years back I had a Spanish athlete draft on me in the 2016 European AG Championships for a good few kilometers, thankfully he was penalized by race officials though. Now most of my races are draft legal so the only unfair advantage gained is sitting and not rolling through but that’s racing.

I felt like I was targeted in a swim once, I was bashed constantly for a good 300m which was so frustrating but again you cant really do much about it… Probably the worst case was at the Ironman Maastricht 5K Night Run where I was leading and the bloke in 2nd cut the course to get in front and take the win. I was fuming as he was taking it like he really won it and lets just say I made it clear I wasn’t happy with his unsportsmanlike actions.

MC: If you could do one thing to improve the sport of Triathlon what would that be?

SM: Money is always an issue, especially when training full time. I think it would be great for National Federations to support more up and coming athletes as well as those already at the top but I know they don’t have bottomless pockets. Also prize money, if prize money could trickle down further I think that would make a massive difference to those up and coming athletes.

MC: What are you plans and goals for the next 12 months?

SM: I haven’t finalized any races or plans yet but at the moment I’m looking at targeting Continental Cup races in China and Japan and hopefully will try to start in a World Cup. Alongside this I will attempt to qualify for the World Multisport Championships in Spain in Aquathlon or Duathlon. Unlike this year I will most likely not come to England and stay more in Asia to save money. Lastly my big goal is to get a part time job, doing triathlon full time is not easy and needs to be funded. 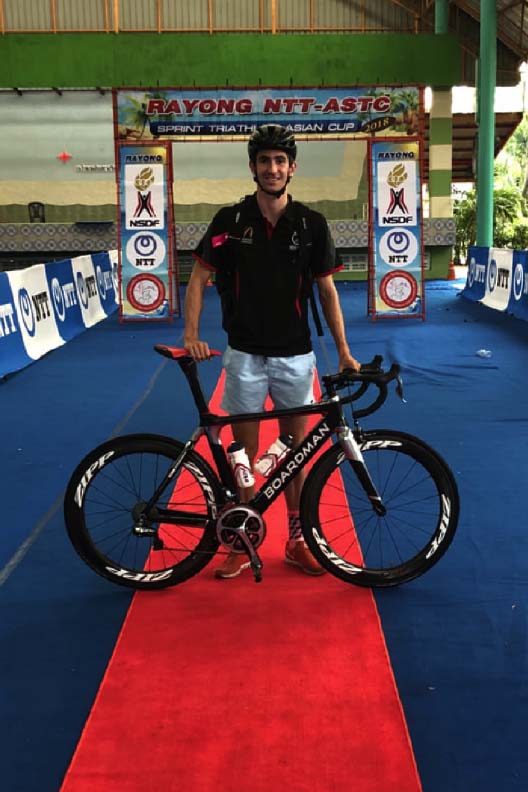 To follow Sam and his results keep an eye on www.sammileham.com as well as all his social media channels.