I hope I am not jinxing it but seems life has returned to some kind of normal since I returned from Frankfurt at the end of August. I have been able to travel back and forth to see my boys regularly, and also travel for work clients. On a trip to see my sons in September I was asked to play a league game for Makkabi Frankfurt, this was great as I had trained with them all summer and it gave my sons the opportunity to watch me play a game for the first time. The game was pretty awful both teams struggled for rhythm after the long Covid break, but Makkabi managed hold on for a narrow victory, and I managed to top score. To be honest, that was the only plus of the game, a massive negative was me clashing heads with one of the opposing team and I bit through my bottom lip, so not only did my boys see me win and play well, they saw their Dad swearing a lot and spitting out a lot of blood.

The lip seemed to take ages to heal, but it didn’t put me off training and working hard. On the advice of my dentist I did order a mouthguard, and the company I used offered me a discount, (the code is below).

I also managed to get indoors to shoot before the week before camp, it felt good to be indoors and focused on shooting, I managed to hit 144/200 3-pointers during this session. I can be harsh on myself when I shoot but I was happy with these numbers.

I headed up to Manchester with James Acres on the Friday evening; we met with Tom Adorian and Ed Saayeng at the hotel in Oldham we had booked. We were all hungry so after dropping bags in the rooms we headed out for dinner, the collective mood was an excited one, as we all anticipated a tough weekend ahead. This was the last of the open camps and we knew that Coach Liam Jefferson would be cutting the squad to 18 after this weekend. It was also the only camp to be held at the National Basketball Performance Centre in Manchester, the facility has been built in the time since I have played National League so it was my first time at this venue. As the name suggests the facilities are top class and it was fantastic to be able to play on a purpose built court, with no badminton lines, FIBA standard baskets and was properly lit. If you play basketball in this country you understand my point!

I woke early, as always, and headed to the hotel gym to stretch and mobilise. It also gave e a chance to call Julia and get in the right headspace for the weekend. Once we made the short drive to the NBPC we were to be rotated between the 5 courts, as we were sharing with the other GBMaxiBasketball age group teams, as well as the Manchester Giants and Mystics practice and game schedules. In fact when we arrived the Giants, including GB captain Dan Clark were practicing on ‘our’ court. 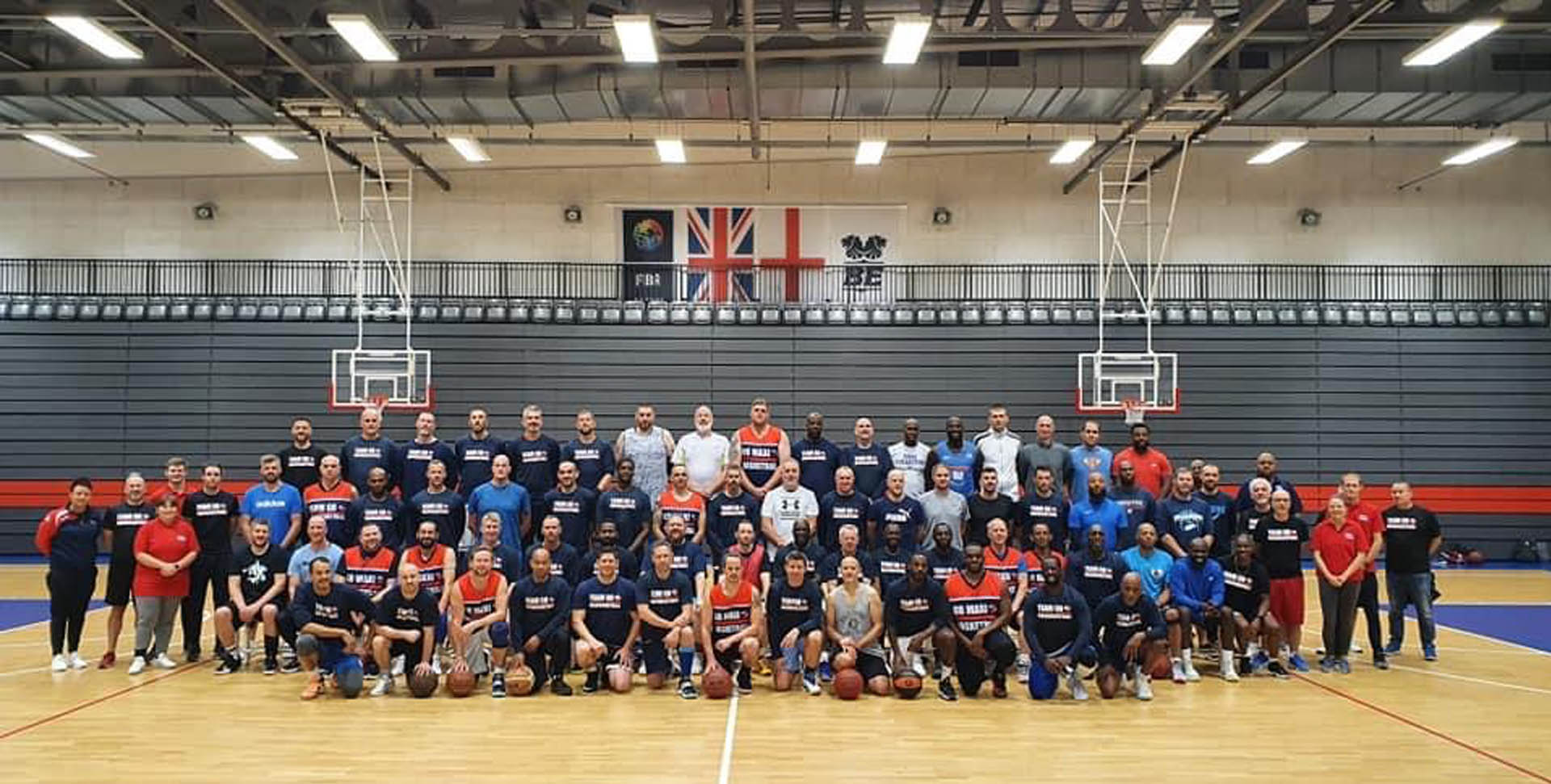 After the obligatory camp photo we got on court and things went from 0 to 100 very quickly, we went through the plays learnt at the last camp, and taught them to the guys who weren’t previously present, it worked out that Tom, Ed and I were together on the same practice team for the first time, which was a little throw back our time London Towers and Brixton Topcats. I felt I hit the ground running, feeling confident within the offences and making shots, I also challenged myself to show I could be more than a shooter and floor spacer, by trying to focus on defence, pressuring the ball when needed and being paying the help defence that Coach wanted, well trying at least. The first session went well. My personal highlight was hitting a 3 out of the loop offence to finish the drill in the face of Mark Baker, a good mate of mine, (see video). Unfortunately Ed strained his hamstring early on in the session, which was obviously a massive disappointment to him.

We were given 2 and a half hours between the two sessions, so the 4 of us had already planned to head back to the hotel. Enough time to chill out a little, refuel, and change in to some clean kit, I think Tom even managed to sleep.

The afternoon session was a bit of a blur, in the sense it I can’t remember too much about it… I know was teamed with point Guard Stefan Gill (again), he is a freak of an athlete who has played at the highest level in this country, he knows the game and makes it easy for me to get the shots I like. We seem to work well in the back together, which is encouraging if I am to progress with this team. We worked on Zone defence, and in turn Zone offence, which as a shooter usually favours me. I also had Daniel Michaelson-Yates on my team; he is an excellent shooter, so with the two of us and Stefanan running the point, we felt we had a great chance of doing well in the drills. The day finished and I felt good about how I played, I felt confident and was looking forward to day 2.

After an intense day we headed back to the hotel, and headed to the same Mexican restaurant as the night before. We had a notion to go to the bowling alley after but as we walked towards it I said to the group, ‘lets not do this, none of us want to get Covid’ Tom was starting a new job, on Monday, and I was flying to Germany, we all immediately did a 180 and headed for the car.

I think James thought I was mad leaving the room at 7am to head to the gym, but I said I would meet Ed and help him loosen his hamstring, whilst warming up myself. Afterwards we headed downstairs and saw Mark, who happened to be in our hotel also before we all headed for breakfast. We soon packed up headed off to the NBPC.

Coach Jefferson had us in different teams, but again I was with Stefan, and we had a strong team and executed well. I particularly enjoyed the ‘Nikel and Dime’ drill, which we finished the session with. It involves has two defensive teams alternating, trying to stop the offensive team from executing and scoring from plays that are given to us instantly on the playboard. It gives the coach a chance to see who can carry out instant instructions and perform under pressure. This lead to lots of shots for me, as we carried out all our plays perfectly… we won this drill.

We had a short break of 45 minutes then we were back on court, the session was a scrimmage with 2 teams, 7-minute quarters and the games were refereed. My team seemed to be stacked with guards and versatile big men whilst the other team had the height. It didn’t start well for us and we went down quite quickly, we seemed out of sync and shots weren’t dropping. To make it worse I drove towards basket and as I landed I over extended my right hamstring and strained it slightly. I made a sub and told Coach what had happened, he advised me to stop playing. I was annoyed, of course, but with just 20-minutes of the weekend remaining I felt I had played well and all I could do now is support my teammates in the session and wait for the decision of the Coach.

After a couple of days an email went out from the coaching staff to inform us of who had made the cut. I was absolutely delighted to see my name on the list, however it was a bittersweet as a couple of my close friends had not. I understand the nature of tryouts and selection, not all of us can make through. I imagine if you had asked every single player to make the selection they would have 18 different groups of names on their list, not easy. I followed up my selection with a phone call with Coach Liam, we spoke for quite sometime but he explained how he saw my role within the set up. This was a very positive conversation. 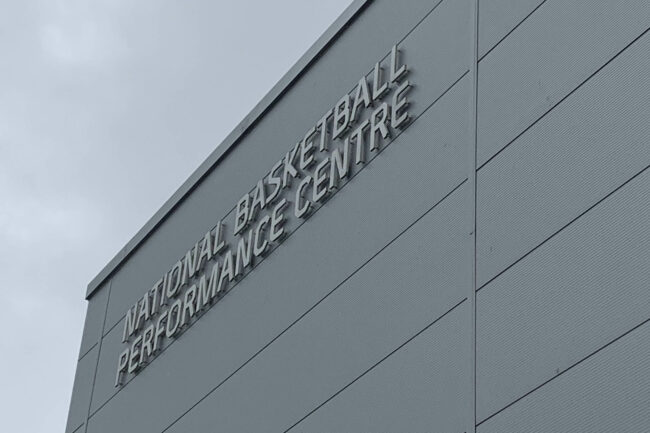 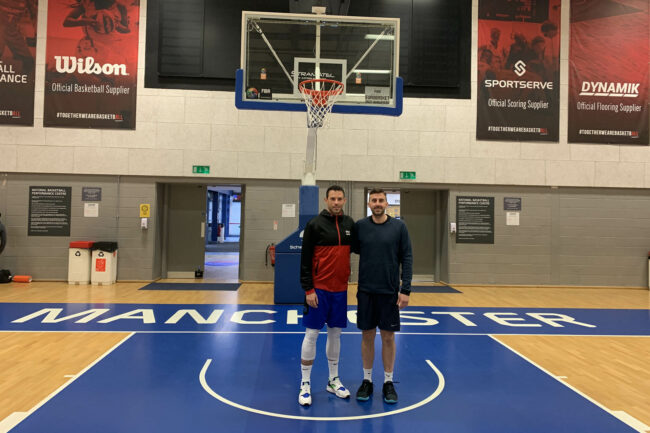 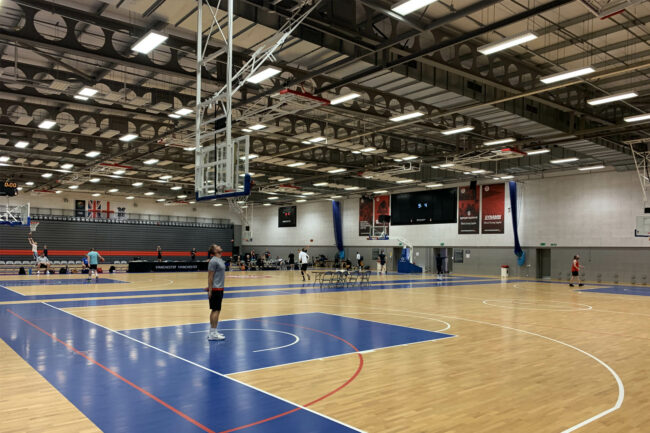 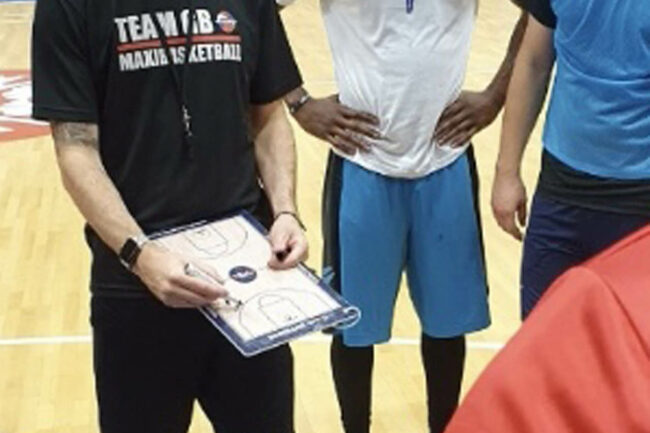 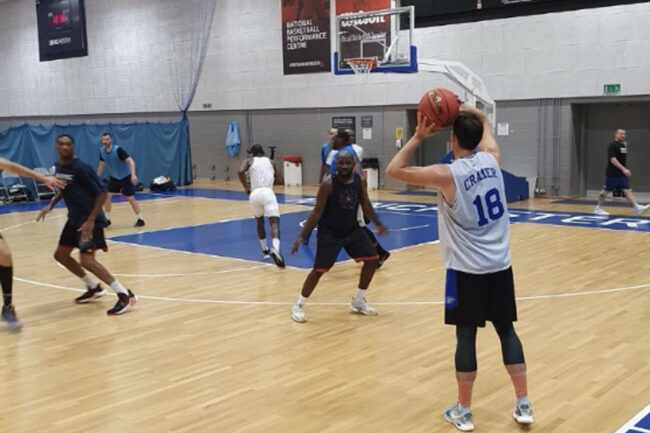 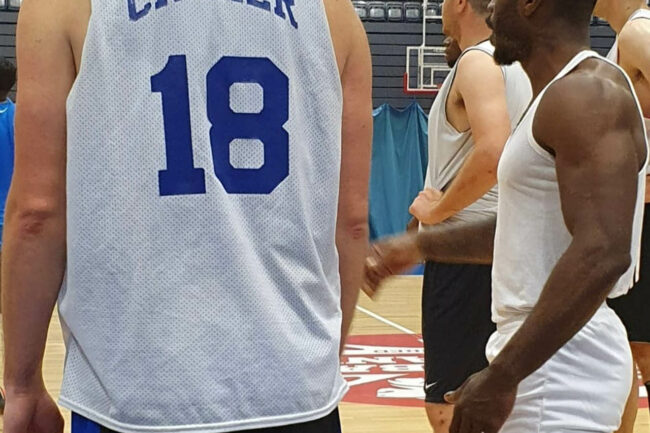 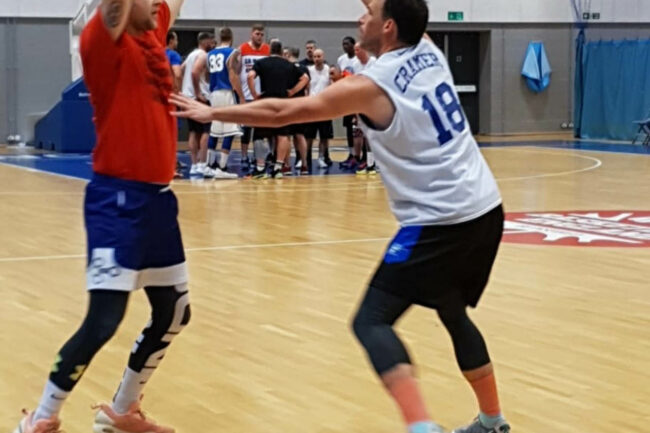 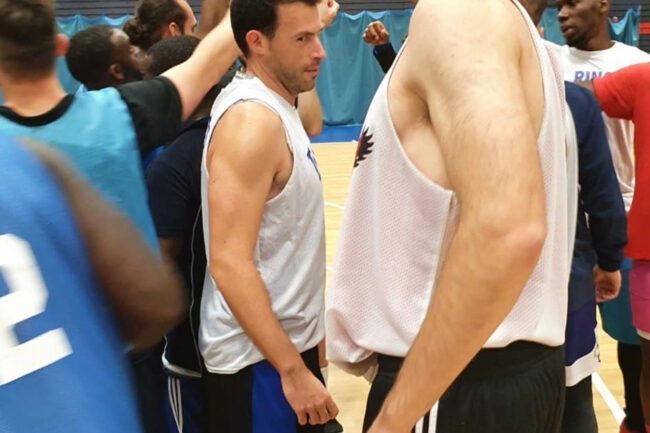