The weekend of 19/20 June saw the second tryout/training camp for the age group European championships next summer. After the first camp in late April I left with added motivation to keep working hard and improving in a bid to make the final selection. I have continued to run, workout and shoot almost everyday (I am up to 50000+ shots, closing in on 60% 3PTs), with the addition of increased amounts of stretching and mobility exercises, thanks to Unit-22 in Northampton. However the biggest step forward has been the opening of indoor facilities, it was a massive boost for every basketball club and player in the country. Over the past few weeks I have been lucky enough to train with Bromley Fury and Coventry Flames here in the UK, as well as Makkabi Frankfurt when I have been in Germany, I would like to thank all the coaches and players at these clubs for allowing me to do this. 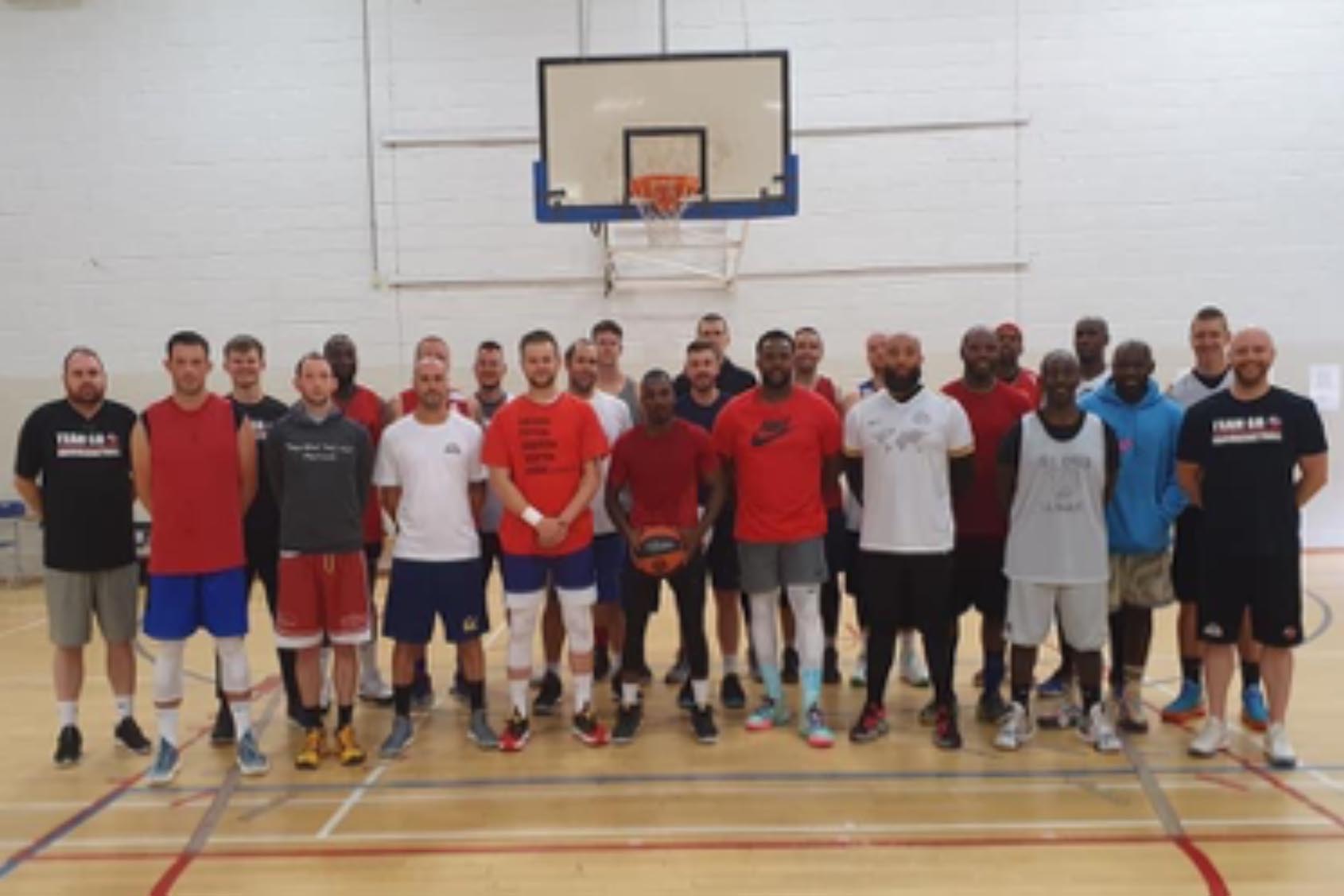 Once the player list was announced it was obvious there was a step up in standard in the 35+ group, with a number of former BBL, NBL and international players listed. One of which was my former London Towers and Brixton Topcats teammate, Tom Adorian. I consider Tom a close friend and knowing he would be around this weekend was going to be lot of fun. Some of the other new names on the list were familiar to me, having played against them in the past and knowing the high level they had played at. The standard had been definitely raised, and I was excited to see where my level was in comparison to these guys.

I picked Tom up and we drove up Saturday morning, a great chance to chat and catch up. We got to Sheffield nice and early, we had a mad dash around looking for a bathroom before we arrived at the sports centre (no-one likes sports centre bathrooms, especially with 120+ players arriving), we changed and made our way onto court to loosen up and stretch.

We were all greeted by head coach Jesse Sazant (he had a speaker this time), he didn’t keep us long and we were soon on court going through our warm ups. The 35+ were assigned Coach Tom Griffiths for the first day, which suited me well as he worked with us on the first camp and he seemed to understand my game and continued to be demanding whilst being equally encouraging. We started with some shootings drill before being put into some 3v3 and 4v4 scenarios. I personally started in good form and I felt like I made an immediate impact, I shot the ball well, hitting 4 3’s in a row at one point, and I continued to make shots all day, at least that is what I remember. In terms of what we were asked to do, spacing and spreading the floor and playing with composure I felt I managed to do this.

After our scheduled break we were put into some full court drills and 5v5 scrimmages, with so many new players and everyone trying to make an impact at times there was a lack of team play. Despite everyone playing extremely hard, there was a manic sense about this part of the session, despite this as the drills and the day progressed we all settled down and there were times where our collective quality started to show. Overall, I felt like I had a good day, but I felt for Tom who had tweaked his adductor muscle early in the day. He received a lot of physiotherapy, he was extremely complimentary of the medical team, but it seemingly put and end to his participation for the weekend. It is not what you want when trying out for a team, however knowing him and how hard he works, plus the high level he has played at I am sure he will be a successful in this process…. and being 6’9’ always helps!

We headed back to the hotel, and got ourselves sorted, I stretched (again) and spoke to my oldest son on Facetime, who was celebrating his 7th birthday in Germany. Covid-19 has massively disrupted my time with him and his brother, having basketball and the GB Maxi program to focus on has been incredibly cathartic at times in the last year, although I have to admit there were numerous occasions this weekend where my mind would wonder and I felt torn, despite the current travel restrictions not allowing for travel to Germany.

Tom and I met with James Acres, and we walked into Sheffield city centre and targeted Wagamammas for dinner, as it had served James and I so well during the previous camp. We sat and chatted for ages, about everything to do with basketball and life. It was a nice evening, I have known both of these guys for close to 20 years, so lots to talk about.

Day 2 started early, I woke and ate breakfast and stretched straight away. Tom and I met early, as he needed treatment before the session started. He was being cautious but wanted to see if he could train.

For the second day we worked with Coach Liam Jefferson, a young coach who is doing good things in Leicester. He introduced himself and we got to work. Shooting drills to start with, into some full court transition drills. After our break we scrimmaged 5v5, I don’t think I played as well as I had done on the first day, but equally I think my shooting on day 1 worked against me a little as the amount of space I had to operate in was much less. I have to figure out way to contribute when the space is taken away from me, movement off the ball and using my teammates to create space. From a selfish point of view I was even more upset that Tom was not able to train, he and I were supposed to be on the same practice team and we have always played well together, him being 6’9’ creates a double team, and gives me increased space to shoot. The addition of 3 high-level point guards was great for the balance within the group, and I for one could begin to see the potential within the group. At the end of the day I sat and spoke to coach Liam to pick his brains and ask for an area to work on before next camp, as I did at the end of the first camp. He gave me some pointers and some things to focus on.

On reflection I didn’t find this camp as easy as I thought I would, not being with my son on his birthday and away for Fathers Day is never ideal. However playing basketball with a great bunch of guys is a nice distraction. Whether I was at camp or not, I was unable to travel and that is the hardest thing at the moment.

Anyway back to basketball, I don’t think I have done my chances of selection any harm, especially my performance on day 1. I know my strengths, and I am well aware of my weaknesses. From what I have seen I believe that there are 4 or 5 players who are certain to be selected to the 20-man squad, then there is a number 6’0’ – 6’4’ guys, including myself, going for a smaller number of spots, I just hope I can continue to stay healthy and stake my claim for a spot on the roster. I understand there are still a number of players who have not attended a camp yet, so who knows!

I would just like to thank Sadie Mason and Jesse Sazant for the amazing organisation. All the coaches, but especially Tom and Liam, I am so impressed with the knowledge of the next generation of coaches, as a basketball community we need more coaches who want to do it as a profession and invest in themselves.
Thanks to all my ‘teammates’ in particular Tom, James and Mark.

I would like to thank my sons for being absolute legends and despite their young age understanding that it is Corona that is making the planes not fly.

Lastly thank you to Julia, she supports me in every aspect of my life! 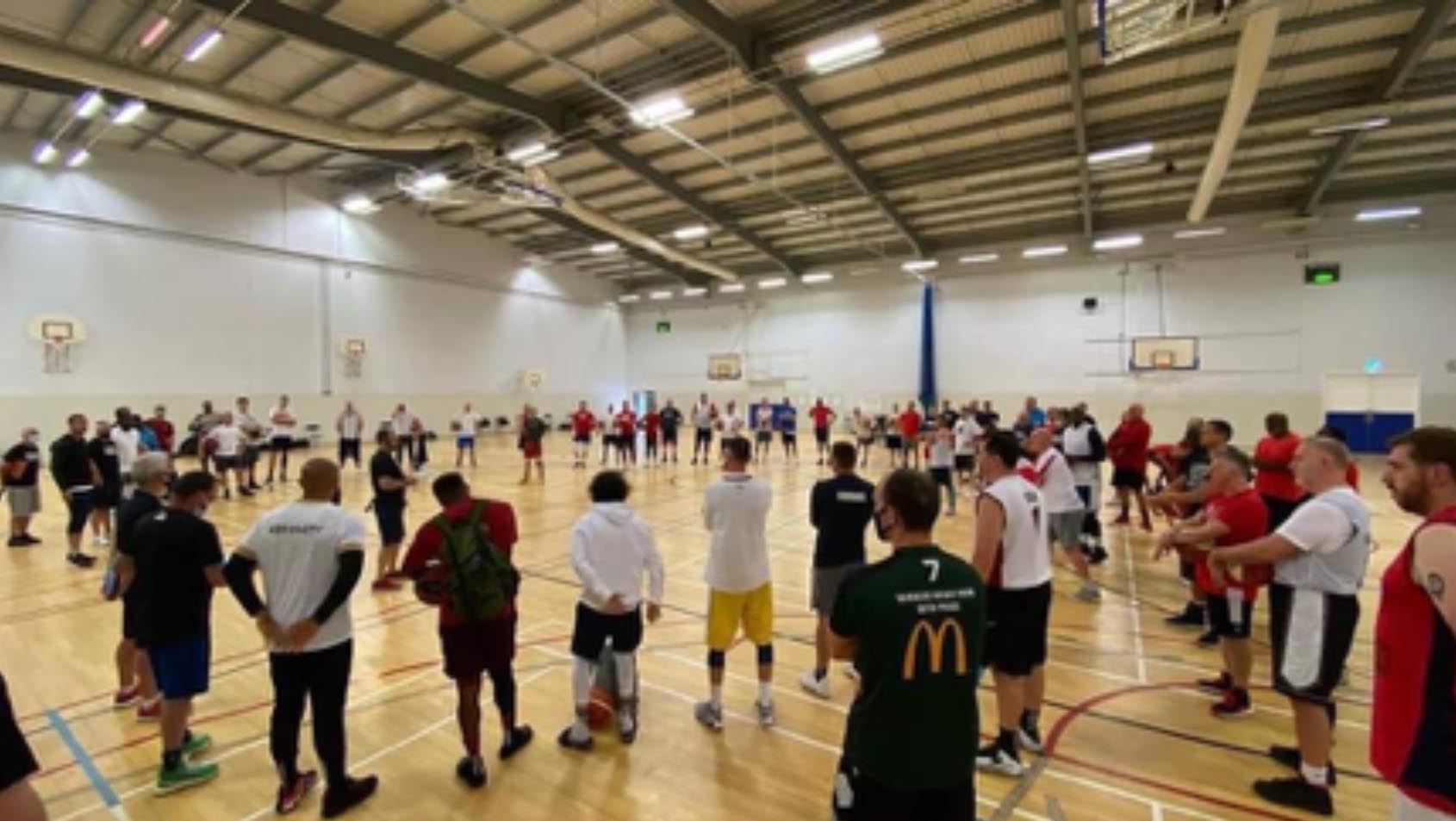 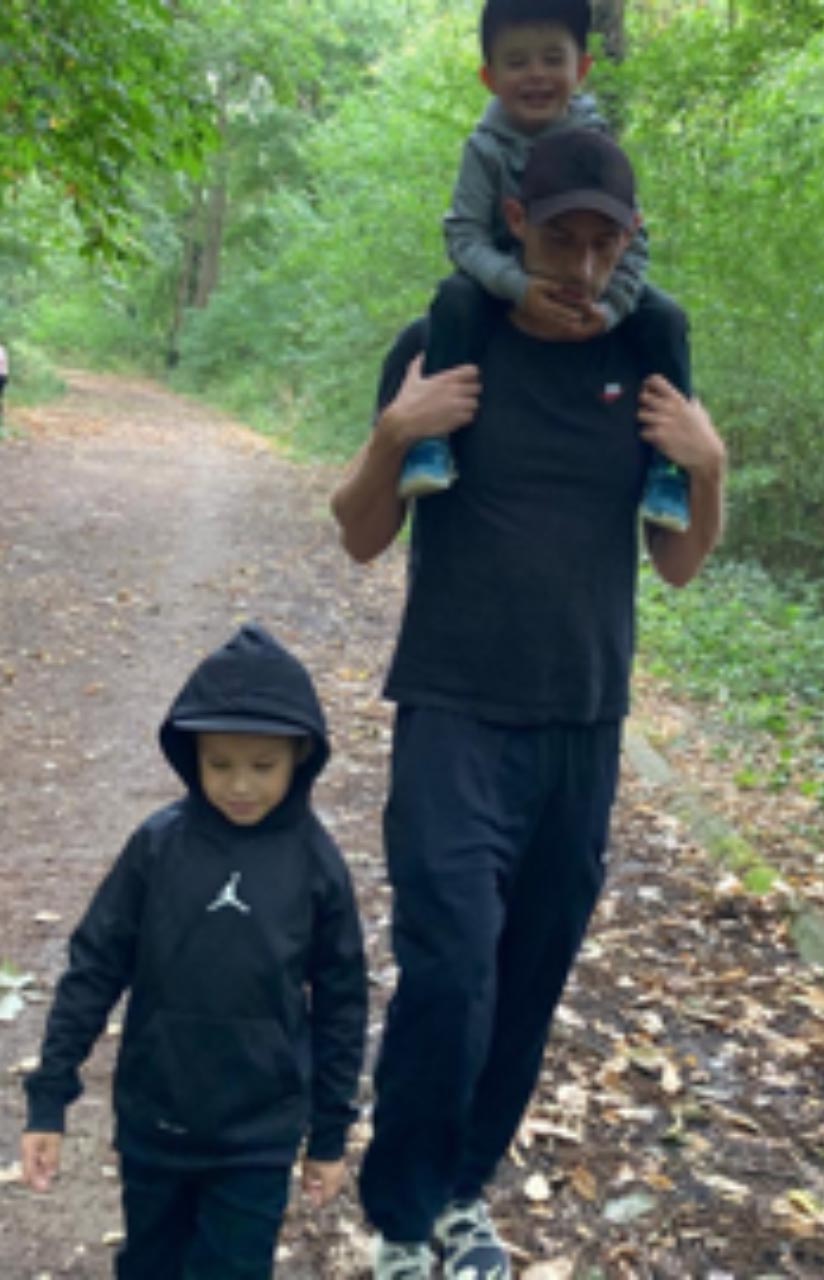 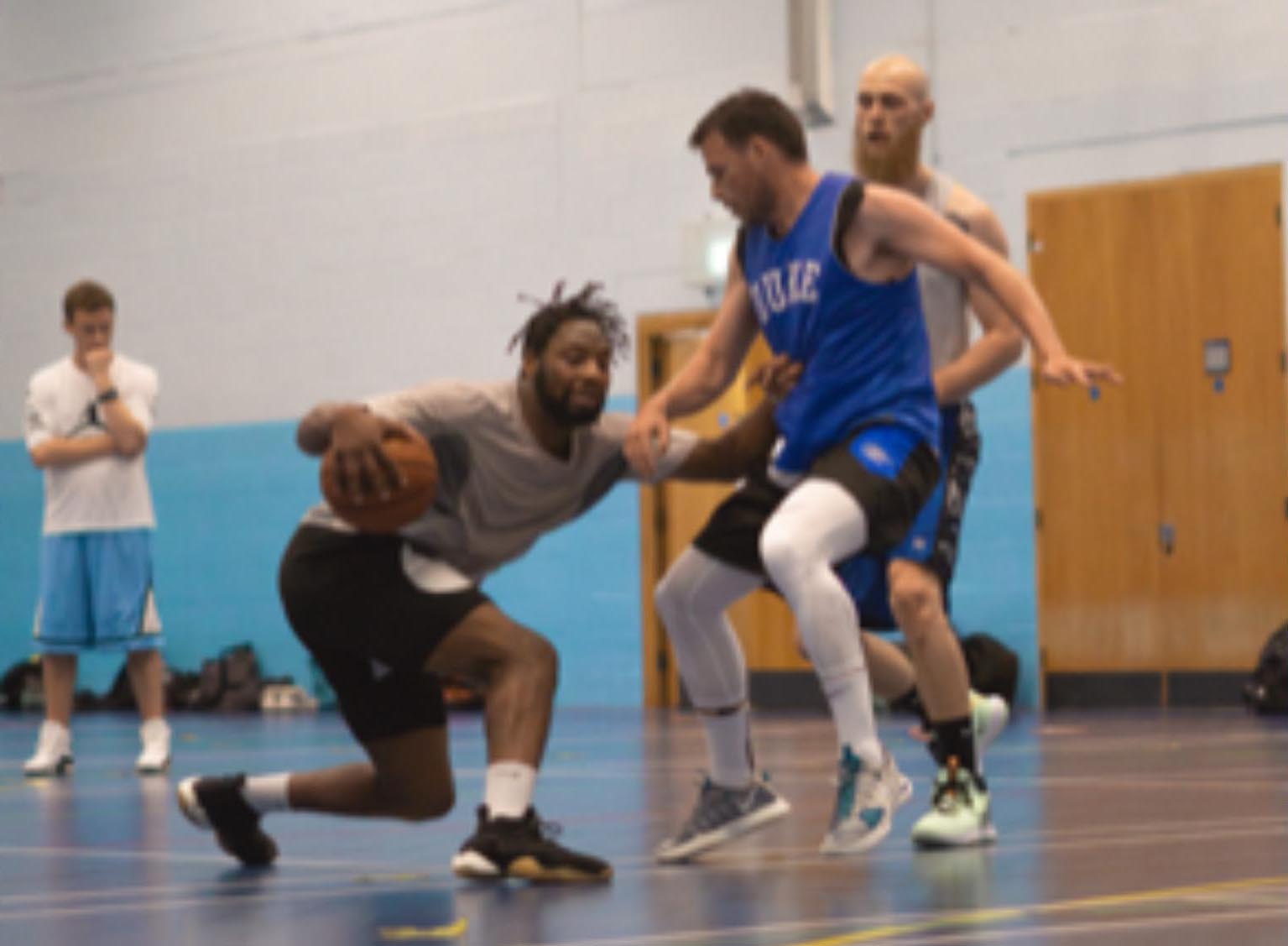