In the second interview in the series I talk to President and Head Coach of Northants Basketball Club, John Collins. John has had an illustrious coaching career spanning 5 decades, starting out coaching in schools in his hometown Birmingham to later establishing Northampton as a hot bed for junior basketball. John has also Coached at international level, taking charge of the England Women’s team, John went on to found the Moulton Basketball Academy. Although he now splits his time between the UK and Spain John is considered one of this country’s great basketball minds and an outstanding teacher.

In this interview John gives his opinion on lots of basketball related issues, from the greatest performance he has seen to the future of the game in the UK. 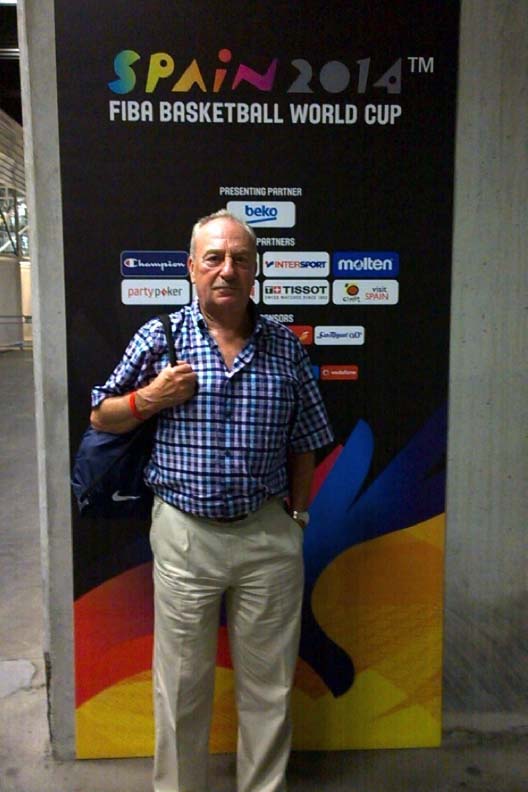 Max Curle: How did you get into Sports and what lead you to basketball?

John Collins: My teacher at school played for Great Britain in the 1948 Olympic Games so he introduced basketball when I was in the 6th Form. After finishing school I trained to be a PE teacher.

As I had played at college I was put in charge of basketball at Sheldon Heath Comprehensive School (Birmingham) when I started working there.

MC: At what stage did you realise that you would focus on teaching and coaching full-time?

JC: Most of my work in basketball up until 1980 was as a volunteer and in addition to my PE teaching.

In 1980 I was appointed professional Development Officer for Northamptonshire, then when that job disappeared I set up the Moulton College Basketball Academy (2000).

MC: I personally know a number of players and coaches who wouldn’t of pursued basketball if it wasn’t for the influence Northants Basketball had on them at a young age, who was your biggest influence and mentor in your career?

JC: For the most part I’ve done it alone. As a young coach I was horrified about how many coaches kept everything to themselves so I ventured out into Europe and met coaches there, went to their practices and generally stole and plagiarised all the good stuff I saw.

MC: During your career what has been your proudest coaching moment?

JC: Difficult one, it was probably when the England Women’s team qualified for the European Championships by beating Germany in overtime. Only 12 months after they’d beaten us by 30 plus points.

MC: Leading on from that, what has been the single best game/performance you have witnessed or been involved with?

JC: The one that springs to mind was Valencia BC beating Real Madrid 3-1 in the 2017 ACB Play offs…. Amazing team performance.

MC: You’ve have coached teams to Championships and you have coached individuals who have gone on to represent national teams/have professional careers, which do you hold in higher esteem?

JC: Probably the individuals but not necessarily those who went on to play at a high level. It’s often those who enjoyed playing and have gone into coaching and achieved success there.

MC: Young people today are often portrayed as lazy and as having bad attitudes; I think this isn’t the case, especially for those involved in sports. Have you seen a change in attitude of the young players you coach, if yes why do you think this is?

JC: I have certainly seen a change in attitude, mainly because of changes in society. The kids’ attitude isn’t necessarily bad, but many just want success without doing the hard work.

MC: Professional sport has changed for the better (in my opinion) over the last 25 years with the introduction and continued improvement of sports science, sport nutrition, recovery techniques etc, have these good practices filtered down to the younger age groups or is there still work to be done? …. And are some players not reaching their full potential by not having the same focus off the court as they do one the court?

JC: I think this varies from club to club and school to school. Many schools and clubs do buy into good practice, however many do not. For me the main problem is over-playing. Too many schools and clubs play boys and girls in a number of age groups and many schools just ignore the fact that some players are playing at the weekend as well as in the week with them. 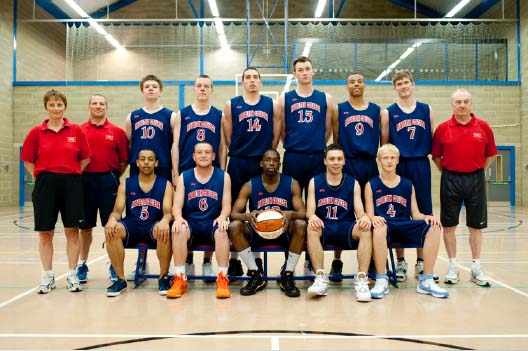 MC: The Northants Basketball Club has been running in it’s current guise since 2007 and Northants Schools Basketball started long before I began playing (1998!!), under your and Karen’s guidance it continues to grow, what drives you to continue? Despite now splitting your time between Northampton and Spain?

JC: Our philosophy has changed a lot. It used to be all about winning but now it’s more about helping boys and girls and young men to achieve their potential.

For Karen it is slightly different as it’s her job – she gets paid to be the Club Administrator, although all her coaching commitments are as a volunteer.

For me it is a lot simpler… I guess it keeps me out of trouble when I’m in England!

MC: British Basketball has had its highs and lows over the last decade, from the Olympic program leading up to 2012 to the recent debacle surrounding the funding of the national teams, if you could make ONE change to improve the state of the game in the UK what would it be?

JC: Get more people who have a love for and knowledge of the game to run the sport.

MC: How do you see the future of Basketball in the UK?

JC: Unless funding and governance issues are sorted out not very good. There are too many people involved in the sport who are just empire building.

MC: What are your individual plans and goals for the next 12 months?

JC: I have a number…
1. Get as many boys and girls playing the sport as possible, in a safe environment.
2. Give those boys and girls the opportunity to play at the highest level, national league where possible.
3. Support the more talented players who have made it into regional and national teams.
4. Advise players on exit routes when they leave school
5. Achieve some on court success.
6. Help the senior men get promotion to Division 3.
7. Encourage more parents and ex players to take up coaching.
8. Support and educate coaches within the Club