For the forth interview I catch up with Jonny Davies, another university friend of mine. Jonny has had a quite a sporting career which started at school in his native Northern Ireland. After which Jonny attended university in London, and has since turned his hand to endurance events. Starting with triathlons and marathons, progressing to ultra marathons and ultimately an Arctic-ultra marathon. Jonny is a trained paramedic and has also started a company offering medical support for endurance events; some of you may have seen him at events, (not too closely I hope). His newest addition to the business is to offer physiological testing focusing on the cardiovascular system and the effects of exercise. www.trailmed.co.uk. Jonny is also the founder and race director of the White Bear Triathlon, staged in his hometown in Northern Ireland www.whitebeartriathlon.co.uk, a great race check it out.

Max Curle: Firstly, give us a brief history of your sporting involvements and how that led you on to your decision to take part in an Arctic Ultra Marathon?

Jonny Davies: I always had an interest in sport primarily athletics and basketball during my teenage years. Sadly I didn’t really push myself hard enough and opted for the nights out clubbing and social life that led me in to managing bars and nightclubs…not all bad.

I decided to run a marathon for charity when my auntie passed away after a battle with Cancer, then decided an ultramarathon would be a good idea. I saw the 6633 Arctic Ultra advertised as one of the toughest races out there and decided to give it a go. In training I completed a few marathons, ultramarathons and Extreme Triathlons as prep.

MC: When signing up for the AM what were your biggest concerns?

JD: My biggest concern was injury that prevented me from carrying on. I read a lot about failed attempts by some very experienced athletes due to injury and poor admin in cold conditions. The thought of failure played heavily on my mind especially with the level of charity sponsorship I was hoping to get.

MC: You are a fit guy, you had run marathons, completed in mountaineering events, triathlons etc, but came to me about a year out from your UM asking for help and advice on the appropriate strength training and the nutritional demands of the event, what were you expecting and how did advice I give help you in your training and during the event itself?

JD: What I expected was what I got. A straightforward approach from Max to ensure I was training the right muscles for the job. I had to pull a sled for 352 miles and wanted to ensure my body was ready for that both physically and mentally. Nutrition has always been my nemesis and still is to a degree. Lets call that a work in progress but Max’s advice around the nutrition plan in the Artic was bang on.

MC: Can you give us a run down of a typical day during event and what were the biggest challenges you faced on a day-to-day base?

JD: The 6633 is a point-to-point ultra, with checkpoints every 50 miles. Good admin was key, however I knew I was going to be learning a huge amount during the event. Obviously it’s hard to train for -25 conditions whilst living in the UK. Every day on the event was very different and went from a physical task to sleep deprivation that fed the huge mental task that lay ahead. I literally walked, stopped for tea, ate and carried on walking with approx 3 hours sleep or less per day. My feet where in a terrible state and my ankle was very swollen…believe me I was happy to finish

MC: You went back the year after to offer medical support for the race, what were the main differences, experiencing the race from the other side?

JD: I decided to return as a medical adviser the year later and every year since. I have learnt a huge amount from the other athletes and how they manage themselves. Some great ideas and some really ill advised ones but I take my hat off to anyone who takes on that challenge. Just getting to the start line is an achievement.

MC: Maybe taking inspiration from this experience, you decided to host your own Triathlon in Northern Ireland, (you have just hosted your 2nd annual race) explain to us how this came to being in the first place?

JD: Well my time managing nightclub events etc wasn’t wasted. I was so lucky to have been brought up in Northern Ireland and I wanted to showcase the local area. I wanted to raise funds to purchase disabled adults sporting equipment at my sister’s school and decided the best way to do that was by setting up the White Bear Triathlon. Since then we have set up a number of races and hopefully they will continue to grow. One thing our events have common is the beautiful locations we have chosen…beautiful and Hilly 😉

MC: What challenges have been presented to you during the process and how have you overcome them?

JD: Financial and local authority challenges whilst trying to deliver a great safe race. It’s a tough market to be involved in and continues to present challenges.

MC: In recent years there have been reports and suggestions of amateur endurance athletes using illegal methods to gain an unfair advantage, be it by using drugs, illegal equipment or even just cheating. In your various roles of participant, medic, race organiser have you seen any athlete using methods that are considered illegal?

JD: Drafting during triathlon events has become a common concern that I hear about time and time again however difficult to prove. Kit and water dumping is something I look out for during ultramarathons especially in differing climates.

Some athletes decide to get rid of safety kit to drop carrying weight and end up suffering the effects of Hypothermia and Hyperthermia. Thankfully the use of banned substances is not something I have knowingly come across.

MC: What single improvement would you make to endurance events, if you could?

JD: I am biased; ensuring excellent highly skilled medical cover is present at the event. I would also promote the use of exercise testing or wellness checks for athletes of all levels. The body is a fantastic engine but it needs to be checked over regularly.

MC: What are your individual goals for the next 12 months?

JD: I plan to swim Lake Annecy in June, then cycle to London and finishing with a Run to Rutland. I also plan to run from Chepstow to Prestatyn along the Offas Dyke trail. 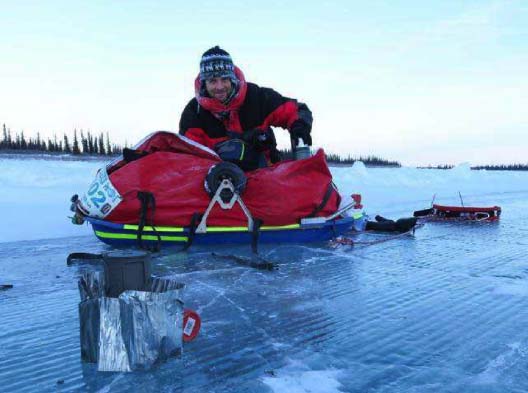 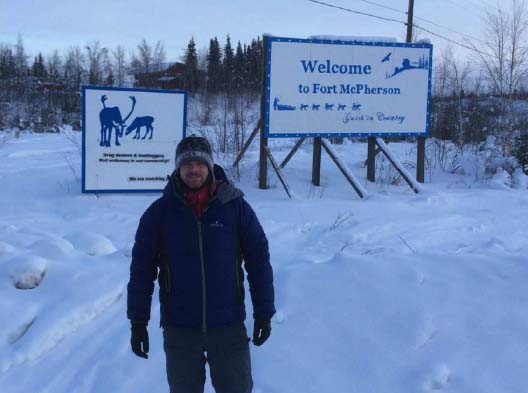