Jon is a former international and Premier league footballer turned Strength and Conditioning Coach he and in 2005/6 during my first year in the Fitness Industry, I was working in central London and looking for professional experiences with football teams. At the time Jon was the strength and conditioning coach at Reading Football Club, he kindly took me under his wing and invited me to the Reading training ground. We got on well and Jon invited me to work on a few projects within his company Think Fitness, who provided Sports Science support to Football Clubs and payers. Jon has gone onto work in international football and is currently Head of Player Development at Tottenham Hotspur. 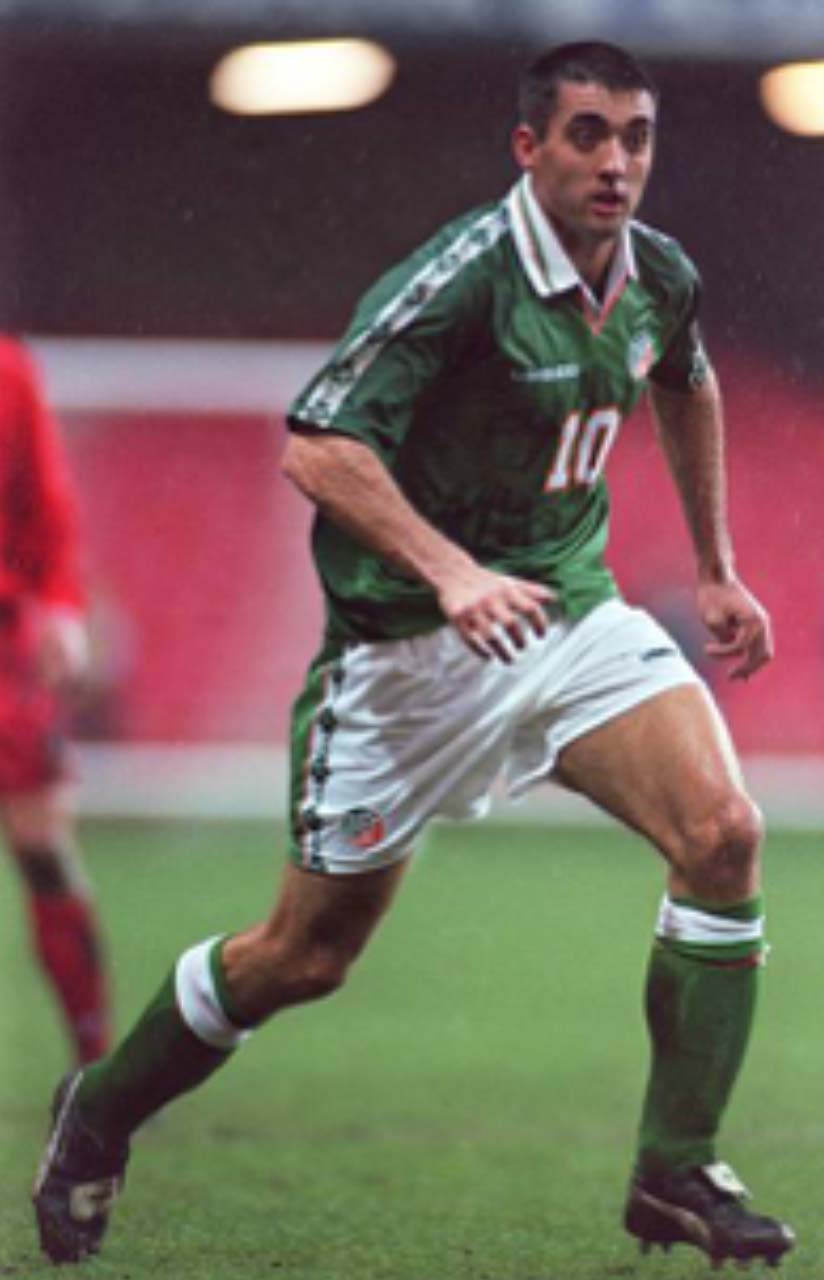 Jon during his playing days, representing the Republic of Ireland

Max Curle: As mentioned in the introduction you are currently with Spurs, can you give us a brief description of how you went from playing to working for Spurs, and some of the experiences you have had on the way?

Jon Goodman: Whilst injured at Wimbledon FC, I was looking for something educational to stimulate my mind during a long and ultimately unsuccessful rehab from ACL surgery. I was lucky that the PFA were funding a BSc (Hons) in Sports Science for members and managed to get enrolled onto the course. I graduated in 2000 with a 1st class degree and was able to get a job as sports scientist at Wimbledon immediately following my retirement through injury aged 28.

This was very much in the early days of sports science and I was lucky to work at a number of clubs (Wimbledon, Crystal Palace, Watford, Reading FC, Leeds United) before starting Think Fitness. I then had a number of years building the business before the opportunity came around to go full-time with Nike for 3 years on the Nike Academy program and then moved on to become the Notts County Academy Manager in May 2017 when the Nike Academy finished.

I was then approached by John McDermott in July 2018 to become the Assistant Head of Player Development (U16s – U23s) and joined Tottenham on October 1st 2018.

MC: That is some career! What would you say the highlight has been for you?

The highlight as a player would most likely be scoring on my full debut for Millwall at Port Vale on New Years Day 1992.

As a coach, I’d say every professional contract achieved by the players within the Nike Academy was special and life changing (we achieved 38 pro contracts within 3 years)

MC: I was briefly exposed to it, so have a small taste of the pros and cons, can you give us a run down of both?

JG: The positive of working in professional football is the bonds you build with staff and players and having an active and varied working day / week.

The greatest challenge is maintaining a healthy work / life balance. To be good at our job (which we need to be in a high-performance environment) requires a lot of dedication and a daily obsession to improve personally to deliver a better program.

MC: Day to day what are the responsibilities of an S&C coach at a professional team? Or does it vary from club to club, and if it does, why so?

JG: It does vary club to club and this is due to the fact that different clubs have a different view on where they want to invest their time with the players. Football is a very technical sport and the players need to spend a lot of time refining their skills, learning the tactical components, playing a high volume of matches and for scholars (16-18 years old) they need to fulfil a full time BTec Educational program.

This limits the ability of the S+C staff at some clubs to have enough time to implement a comprehensive developmental S+C program and instead invest their time on other areas such as recovery, nutrition or developing movement mechanics.

MC: Have you ever been in a situation or at a club where you weren’t able to do the work you wanted with the players?

JG: Yes, at Reading under Steve Coppell, he wanted a greater focus upon recovery strategies and maintaining freshness whilst I wanted to deliver a more, high-intensity conditioning program. He was the boss so I followed his lead and ultimately delivered the program he wanted – we broke all records in the first season winning the Championship with 106 points and then finished 8th in the Premier League the following season!

MC: After leaving Reading you focused on Think Fitness for a while. You organized conferences, went into clubs and schools, employed people, offering different services for many sports persons, how did leaving football and running a business differ, and what were the biggest challenges you had to over come?

JG: After many years working in professional football, I felt I needed a change to freshen myself mentally and physically. I was keen to discover whether I could run a business and had been developing Think Fitness part-time with (Sports Psychologist) Jane Dodd for a number of years. We had some clients and a contract with Red Bull lined up so I felt it was the right time to move on. The business was still within elite sport and predominantly football so it was not a complete step into the unknown.

The biggest challenge was to understand what I wanted the business to be and also acknowledging where the business opportunities were – which are not always the same thing. I made a number of mistakes investing heavily in a high-performance gym which cost us financially and ultimately was not where the core of the business was going to be. So, there came a time where I had to swallow my pride and shut the gym down which was an expensive lesson learnt!

MC: I have always been extremely grateful for the experiences and support you gave me throughout my career, as I became more involved in Think Fitness it was clear I wasn’t the only one who you offered this support, was this a conscience decision?

JG: Absolutely! I have and will always be grateful for people such as Daley Thompson who mentored me in my early days and always gave me his time. This happened a lot to me and enabled me to build connections in professional football and share ideas with a number of really good people. I do feel it’s our responsibility to support emerging coaches across all the disciplines as it’s such a tough industry to crack!

MC: Along side running your business you joined the Nike Academy in 2010 and ran ‘The Chance’ can you explain the concept and how it came about for you?

JG: I was building the number of consultancy services Think Fitness could provide and had begun working with James Collins to lead our performance nutrition program (James now works with Arsenal FC). One day he suggested I meet a friend of his who worked at Nike as they were looking to set up a football Academy and needed help.

I went to their UK Head Office in the West End and signed a contract with Nike to support their Nike Academy Program. Initially launched in partnership with the Premier League, the Nike Academy ended up becoming the flagship football program for Nike providing the World’s best-unsigned footballers with an opportunity to train and play full time with us at St George’s Park.

The Chance, which later became ‘Most Wanted’, was a global talent recruitment contest we ran every 6 months to recruit players for the program. The program ended up running full time for 6 years, of which the last 3 I was the Academy Manager and we ended up enabling over 70 young men (16-19 years old) to become professional footballers.

MC: Subsequently the Nike Academy relocated to St. Georges Park (which saw the end of my brief involvement). Tell us about that experience?

JG: This came about when Nike became partners with the FA enabling us to relocate from Loughborough University to SGP. St George’s Park is the FA’s National Football Centre providing the home to all senior and youth training camps as well as coach education. It was a real pleasure to be based there for 3 years as we were able to use all the World Class facilities and pitches as well as observe the national teams when training there.

MC: Once the Nike Academy came to an end you went back into Club football, had the Sports Science support developed during your absence?

JG: The program we ran with Nike was World Class as we had fantastic facilities at SGP alongside some great staff and the full support of Nike’s Innovation Team. So, when I went back into professional football as Academy Manager with Notts I was keen to improve all aspects of performance (S+C, Performance Analysis, Psychology, Sports Science etc.) and was lucky to do so with the backing of an excellent Chairman Alan Hardy.

MC: Have you got any advice for any young Sports Scientists/S&C coaches who wish to get into professional football?

JG: Really think about why you would want to do it. Football is an athletic, skill sport and S+C will play a part but it may be frustrating should you wish to dominate / dictate the program. I’d suggest if you get an opportunity, invest some time in a club (at any level) and think about where you would add value and whether this is something you would want to dedicate your life to.

MC: What are your goals for the next 12 months?

JG: I’ve just started the role at Tottenham and I’m keen to fully understand all aspects of the program and then hopefully begin to identify areas for improvement. I’m also due to complete my Advanced Youth Award this summer

A massive thank you for Jon for making time in his schedule to answer my questions. 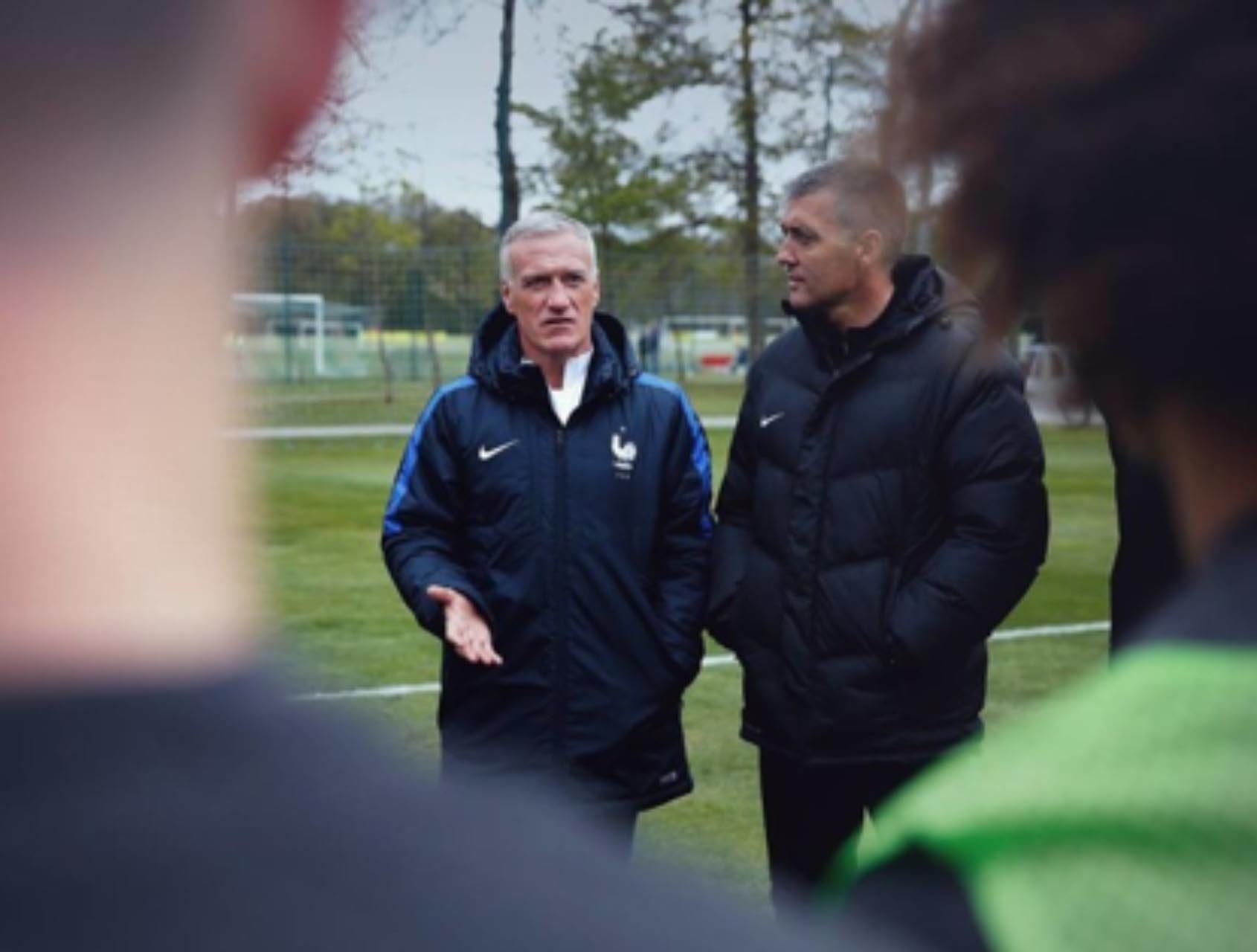